We are Kadampa Meditation Center Houston 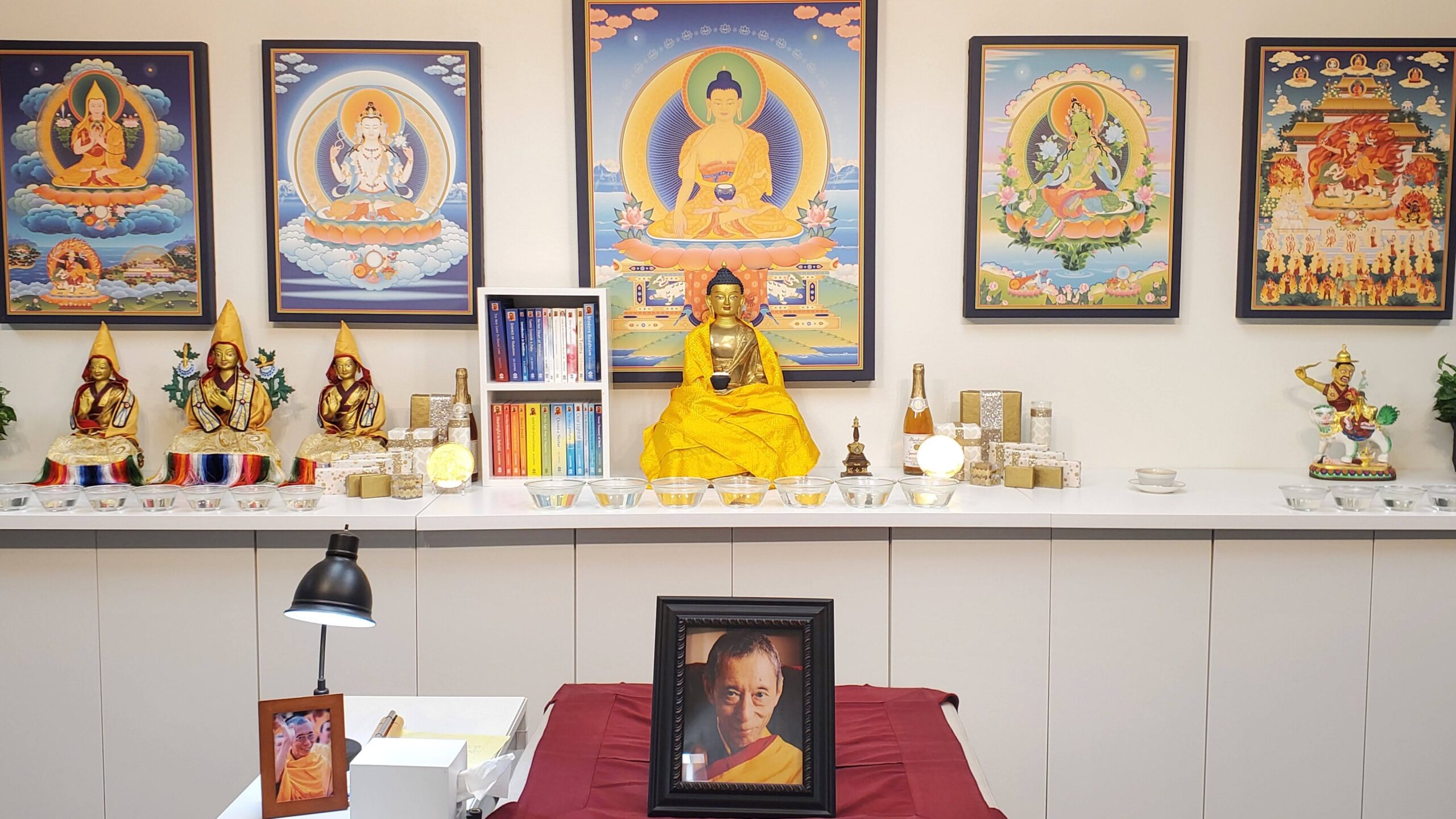 Everyone is welcome to attend our classes, Buddhist or not. Meditation classes taught are suitable for all individuals whatever their level of interest, from those who wish for simple relaxation to those seeking a spiritual path. Classes are easy to understand with a practical focus on improving the quality of our mind and life.

Classes are structured so that you can just drop-in or attend an entire series to go in more depth.  In addition to weekly drop-in classes Kadampa Meditation Center Houston also offers from time to time ½ day workshops and full day retreats. Please feel free to contact us or drop-in to a class at any time.

Kadampa Buddhism is a Mahayana Buddhist school founded by the great Indian Buddhist Master, Atisha (AD 982-1054). His followers are known as “Kadampas.” “Ka” refers to Buddha’s teachings, and “dam” to Atisha’s special Lamrim instructions known as “the stages of the path to enlightenment.” Kadampas are practitioners who regard Buddha’s teachings as personal instructions and put them into practice by following the instructions of Lamrim.

The Kadampa tradition was later promoted widely in Tibet by Je Tsongkhapa and his followers who were known as the ‘New Kadampas’.

What are the Kadampa practices?

Transforming daily activities into the path

By integrating their knowledge of all Buddha’s teachings into their practice of Lamrim, and by integrating this into their everyday lives, Kadampa Buddhists are encouraged to use Buddha’s teachings as practical methods for transforming daily activities into the path to enlightenment. The great Kadampa Teachers are famous not only for being great scholars, but also for being spiritual practitioners of immense purity and sincerity.

The lineage of these teachings, both their oral transmission and blessings, was then passed from teacher to disciple, spreading throughout much of Asia and now to many countries throughout the western world. Buddha’s teachings, which are known as “Dharma”, are likened to a wheel that moves from country to country in accordance with changing conditions and people’s karmic inclinations. The external forms of presenting Buddhism may change as it encounters different cultures and societies, but its essential authenticity is ensured through the continuation of an unbroken lineage of realized practitioners.

Through the activities and dedication of the renowned Buddhist Master, Venerable Geshe Kelsang Gyatso, Kadampa Buddhism has spread to many countries in recent years. Geshe Kelsang has worked tirelessly to spread Kadampa Buddhism throughout the world by giving extensive teachings, writing many profound texts on Kadampa Buddhism and founding the New Kadampa Tradition. His latest book, How to Transform Your Life, is available as a free e-book.